Use of power morcellators to perform hysterectomies declined after an April 2014 FDA warning, according to a study published in JAMA.

Columbia University researchers examined hysterectomy trends before and after the 2014 warning that morcellation may cause the spread of cancer in patients with undetected sarcoma. Among women who underwent minimally invasive hysterectomy, power morcellation was used in 13.5 percent in Q1 2013, peaked at 13.7 percent by Q4 2013, and declined to 2.8 percent by Q1 2015. 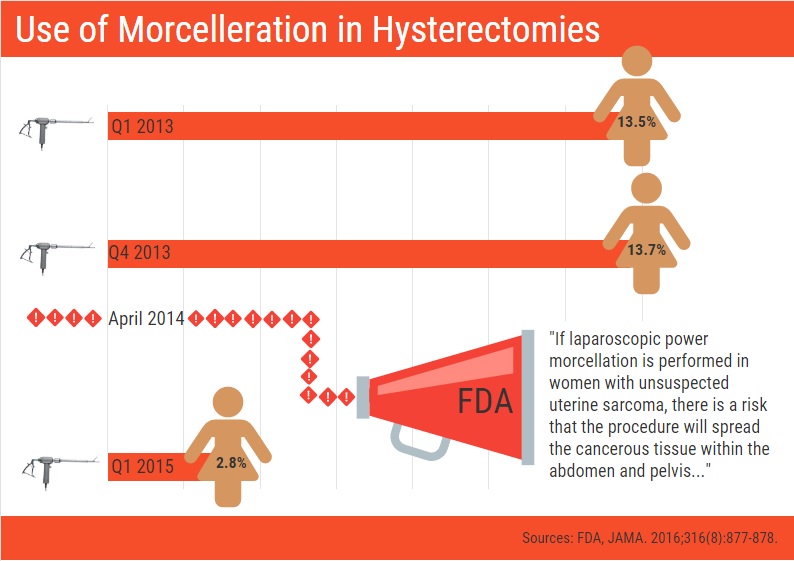 An electric power morecellator is used during hysterectomy or fibroid removal, if the tissue is too large to extract through laparoscopic incisions. The morcellator pincers grip the tissue and then pull back into the shaft, where the tissue is minced by a rotating blade. If an undetected sarcoma gets cut by a morcellator, the cancer may spread throughout the abdomen and pelvis.

CPG has worked with companies in the woman’s health arena to develop training tools for fibroid removal including tissue and organ models  that replicate the cutting behavior of native tissue. We also provide services in analyzing the cleanliness of biomedical devices, including reprocessing re-usable medical devices such as morcellators.