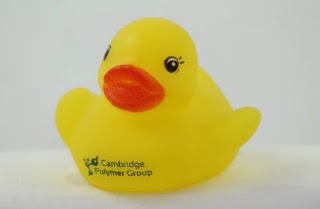 Plasticizers are typically added to polymers (especially PVC) to increase material flexibility. Such materials are found in a broad range of applications, such as construction materials, cosmetics, medical devices, children’s toys. The type and percent content of plasticizer directly affects the material’s mechanical properties.

Because of the possibility that such plasticizers may leech out of a given material, the use of some plasticizers has been restricted or banned in cosmetics, medical devices, and children’s toys within the EU and the state of California.
CPG has developed chemical assays based on gas chromatography with mass spectroscopy (GC-MS) to identify and quantify plasticizers in plastics. Companies who purchased plasticized plastics from third party vendors are increasingly using these types of assays to verify that their materials comply with state and federal regulations.
A more detailed white paper on this assay can be found on CPG's web site.