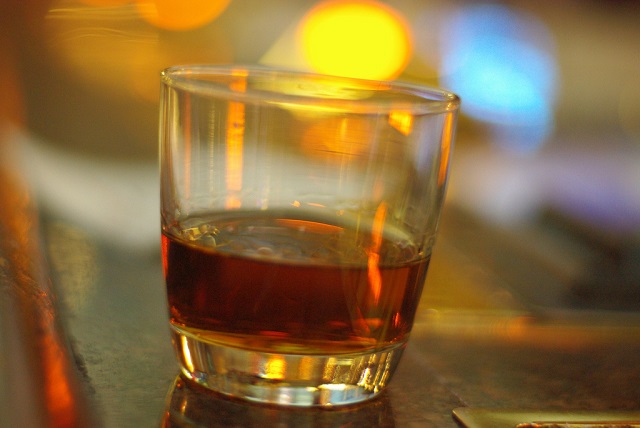 July 27th is National Scotch Whisky Day in the United States. Why was today chosen for this particular honor? No one seems to know or care, however, most seem to appreciate the excuse to sample Scotland’s liquid gold.

Scotland takes its whisky production very seriously.  Understandably so - aqua vitae pumps nearly £5 billion into the Scottish economy annually. The Scotch Whisky Regulations of 2009 ensure that the quality of that whisky is upheld. Scotch whisky is a chemically complicated drink, containing hundreds of different compounds - the most important flavor compounds are derived from the barley (raw material), the yeast involved in fermentation, and the oak casks used for aging.

The process begins when barley grain is malted; moistened, allowed to germinate, then dry-heated to stop germination. Then, the grain is ground to a grist. Next, malted barley is added to water in a tun and mashed. The mashing process takes place at a range of controlled temperatures allowing the enzymes in the grist to convert starches into sugars; it takes approximately three days to convert the sugar into alcohol. The resulting liquid is called "wort," generally pronounced in Scottish distilleries as "wert."

Next, the alcohol is transferred to copper stills. Why copper? It is easy to mold, conducts heat efficiently and is corrosion-resistant. Most importantly, the copper catalyzes chemical reactions which remove highly volatile sulfur compounds and help form the esters that impart a fruity character.

Distillation produces three fractions: the foreshots, which contain acetaldehyde, methanol, and ethyl acetate; the spirit, which will be aged into whisky; and the feints, which contain low volatility compounds like phenols.

For most malt Scotch whisky, the feints and the foreshots are discarded, and the spirit is distilled a second time, while Irish whiskey is distilled three times. However, some Scotch whiskies are two and a fraction or triple distilled. The decision of where to cut the feints is important, or you would lose all the phenolic smokiness of the Islay whiskies.

After distilling, Scotch whisky must age for at least three years; maturation time varies depending on the distillery.  Whisky casks are made of European or American oak and have already been used to make bourbon, sherry or port. The type of predecessor liquid influences the flavor of the finished product. Cask size must be less than 185 gallons to ensure the necessary additive, subtractive and interactive reactions between the wood and the whisky. During these reactions, more sulfur compounds are removed, alcohols and aldehydes are oxidized, and acids react with ethanol to create esters. Since the desired concentrations of these reactions only occur at a certain temperature and humidity range, the regulations state that Scotch whisky must be aged within Scotland.

Aging in wooden casks is also what gives whisky its liquid gold appearance. If the melanoidins from the degrading timber don’t brown the whisky sufficiently, caramel is the only additive allowed by the Scotch Whisky Regulations to achieve the expected color.

After the requisite aging, the whisky is bottled. Although the glass is unreactive, the liquid inside is still volatile, and subject to oxidation, reduction and redox reactions (i.e. temperature, sunlight and movement).

How to Drink It

If you like cereal tones or smoked aroma, drink your malt whisky without diluting it.

Adding room temperature water will lessen the ethanol concentration. Some members of the whisky drinking community have asserted this “opens up” the drink, making flavor compounds more available.

Adding ice or cold water is controversial. Proponents argue ice reduces the volatility of the flavor compounds; you will smell the flavor compounds less, but you will still taste them. Most whisky drinkers believe that adding ice and lowering the temperature merely ruins the Scotch, interfering with both aroma and taste.

So celebrate at your local pub with a dram (a.k.a. glass of whisky). Oh, and the Scotch Whisky Regulations of 2009 require us to remind you - drink responsibly and never drink and drive. Slàinte mhath!