The Antimicrobial Properties of Silver 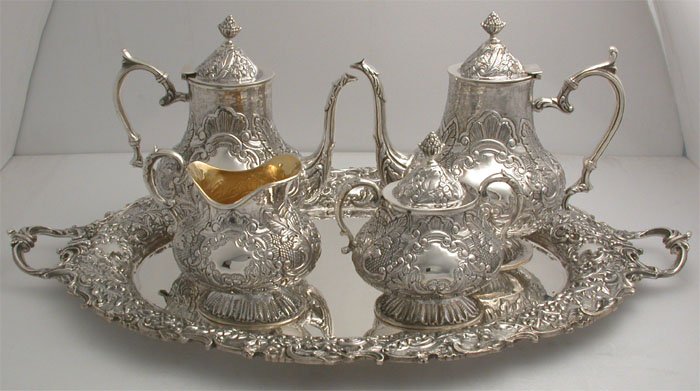 The phrase ‘blue bloods’ is associated with nobility or wealthy upper class. The etymology of the phrase has a few sources. One is that the pale skin associated with a non-laboring class of citizens allowed the blue veins to be better observed. A second, and more scientifically intriguing, source is that the silver cutlery, place settings, and goblets used by the wealthy and nobility imparted the users with a rich influx of silver ions, resulting in a healthy blue-ish patina on their skin.

Silver ions also impart some antimicrobial properties. Multiple researchers and companies have incorporated silver into wound dressings, salves, and medical devices to provide antimicrobial benefits. A potential issue of silver is that for efficacy against microbial agents, silver dose levels can often result in a toxic response in tissue. Fortunately for the 'blue bloods,' toxicity from ingested silver is fairly low, usually consisting of the cosmetic symptom of blue-grey skin.

Skinny Silver For a Better Bandage

Research from the University of Wisconsin-Madison has led to the development of a wound dressing comprised of a porous polymer nanofilm that contains elemental silver nanoparticles. The nanofilm is less than one cell thick, and is very conformable to the wound surface, allowing intimate contact with the wound. This intimate contact allows better material localization to the skin cells rather than the wound fluid, allowing lower silver concentrations, which may address the issue of silver ion toxicity in the skin cells.

While in past centuries the upper class may have been the sole beneficiary of silver's antimicrobial properties, the University of Wisconsin-Madison researchers envision a day when silver nanoparticle band-aids are sold in drugstores.