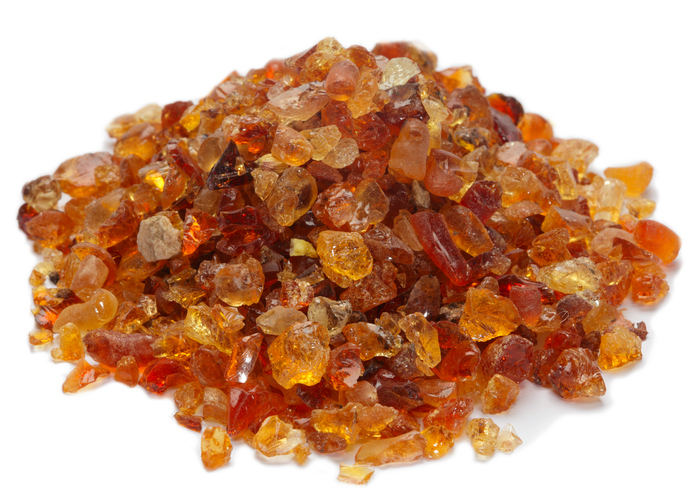 Gum arabic, a sap harvested from acacia trees, is a very useful biopolymer due to its physical and chemical properties.

The forgeries and murders committed by Mark Hofmann in the 1980s have been dragged back into the cultural spotlight by a recent Netflix/BBC documentary. [1] Hofmann counterfeited an amazing breadth of documents supposedly written by American historical and literary figures such as George Washington, John Adams, John Quincy Adams, Daniel Boone, John Brown, Andrew Jackson, Mark Twain, Nathan Hale, John Hancock, Francis Scott Key, Abraham Lincoln, Emily Dickinson, Paul Revere, Myles Standish, and founding members of the LDS church. Hofmann’s forgeries fooled both the Library of Congress and the FBI, but eventually one of Mark’s associates began to suspect the authenticity of Mark’s finds.

When it became obvious to Hofmann that his extensive forgery scheme was about to be exposed, he killed two people with pipe bombs in an attempt to hide his guilt. He then detonated a third bomb in his own car and appeared to be just another victim of a serial killer targeting document dealers. Public sympathy for Hofmann began to turn to suspicion when an eyewitness placed him at the scene of the first murder. Police raided Hofmann’s home but did not find what they considered to be proof of criminal activity. In reality, Hofmann’s house was filled with incriminating evidence, but it took the untiring efforts of two document examiners to look at that evidence in the right way, i.e., under a microscope.

Despite an FBI lab’s determination that Hofmann’s documents were authentic, George Throckmorton, the document expert for Utah’s attorney general, and William Flynn, an Arizona document examiner, were skeptical of Hofmann’s “finds.” In most cases, previous authentication testing was limited to determining the age of the paper and/or ruling out the use of multiple inks. Because a forger may use a single ink and paper stolen from the blank pages of old books, Throckmorton and Flynn did not view the results of previous testing as conclusive.

Next, the dynamic document duo set out to demonstrate why the alligator patterned ink on Hoffman-handled documents was proof of forgery, and therefore a viable motive for murder.

Flynn suspected that whatever method Hofmann used to make the document appear older had also cracked the ink. He treated iron gallotannic ink with sodium hydroxide, a common household product, and found that it was excellent at rapidly converting the iron in the ink to rust, reducing a process that usually takes years into days. However, even though the ink turned from black to a convincing deep brown with reddish tones, Flynn was not able to see the alligator cracks under the microscope.   After conferring with Throckmorton, Flynn decided that his ink formulation might be different than Hofmann’s. He remembered seeing Great Forgers and Famous Fakes by Charles Hamilton in the property seized from Hofmann by police. Upon checking the book, Flynn stumbled upon a recipe for 19th century iron gallotannic ink that contained gum arabic, which was not present in Flynn’s first ink formulation. [3]

Gum arabic (GA), the edible, hardened sap of acacia trees (Acacia senegal and Acacia seyal), is a hydrocolloid with an extensive list of accomplishments. Stone Age Sibudu Cave inhabitants used it to form the first super glue (a mixture of gum arabic and pigment that required heating at a specific temperature range, achieved by distance from the fire and wood selection). [4] Ancient Egyptians adhered mummy wrappings and mixed cosmetics and hieroglyph paints with it.

In modern times, the biopolymer has continued to play a key role in art as a binder in paints, ceramic glazes, photography, and fireworks. GA is also a pervasive food and beverage additive, used as a stabilizer, emulsifier, thickening agent, binder and mouthfeel enhancer. Pharmaceutical applications include drug delivery and treatment of stomach inflammation. CPG appreciates gum arabic as a reagent for volatile hydrocarbons testing in ASTM D460-91, and as an ingredient in one of our favorite Valentine treats, candy hearts. But how did this ancient and incredibly useful material lead to the capture of the psychotic forger?

Flynn synthesized Hamilton’s ink formula using gum arabic, penned his test script, then applied sodium hydroxide to the writing. When he put his sample under the microscope, Flynn did indeed find alligator patterned cracking. Exposure to sodium hydroxide causes a chemical change in the gum arabic, likely through the hydrolysis of the proteinaceous component of the gum arabic; the gum shifts from a thin fluid to a brittle material, hence the observed cracking.

The material evidence discovered by Throckmorton and Flynn was enough to convince the police that they now had motive. This perspective on the case opened many new fruitful areas of inquiry. Hofmann was the culprit, given away by gum arabic. Although he was trying to recreate the original 19th century ink formulation by using the biopolymer, he would have likely remained undetected if he had omitted the telltale ingredient.

Later during a confession in open court, Hofmann shared more details of his forgery techniques. He had constructed an ozone chamber out of a five-gallon fish tank, a piece of glass, some wire, and a jar filled with water and salt, and used it to simulate environmental damage to his forged documents. Hofmann also employed a vacuum to suck ink to the back side of a document to mimic seepage that usually occurs over the course of hundreds of years.

What Would CPG Do?

Integrity is one of CPG’s core values and we certainly do not perform accelerated aging for the purposes of forgery. We do provide both ASTM and customized accelerated aging to predict a material’s behavior over time, usually for medical device and industrial applications. Depending on your real-world applications, adjustments to standard testing are often necessary, and we have experience creating custom environments to mimic your product’s in-use conditions.

CPG was founded in 1996, so we were not around to help document gumshoes Throckmorton and Flynn find their telltale gum. However, we have extensive experience in ink and paint analysis for manufacturers, including product deformulation and failure analysis. Contact CPG for your paints and coatings testing, R&D and product development needs.