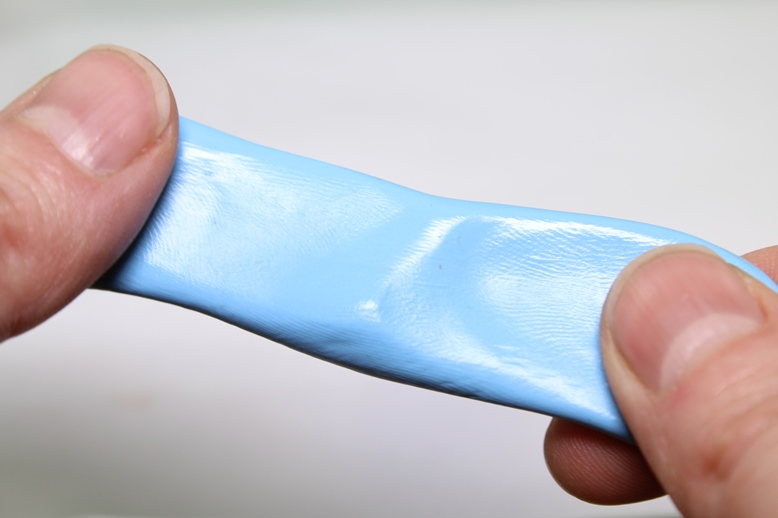 A group of Irish researchers from Trinity College, Dublin have created a new, extremely sensitive pressure detector using Silly Putty. Physicist Jonathan Coleman mainly works with graphene, a 2D material that was isolated in 2004 with remarkable properties. Graphene is strong (200 times greater than steel), thin (1 million times thinner than a human hair), and the most conductive material on earth.

Silly putty, developed by industrial scientists nearly 70 years ago, also has unique properties of its own. Depending on how it is handled, Silly Putty can bounce, shatter, or flow like a viscous liquid. This rheological behavior is characterized by the Deborah number, which is the ratio of the response time of the material to the time scale of the experiment. A Deborah number much greater than 1 indicates the material will act like an elastic solid, whereas a Deborah less than 1 indicates the material will act like a fluid. This behavior is further illustrated in our application note on Silly Putty.

One of Coleman’s students came up with the idea of mixing graphene with Silly Putty, and the resulting material substantially altered the Silly Putty’s electromechanical properties. The new material, "G-putty," displayed unusual behaviors such as postdeformation temporal relaxation of electrical resistance and nonmonotonic changes in resistivity with strain due to the high mobility of graphene in the low-viscosity polymer matrix of Silly Putty. With a gauge factor greater than 500, this electromechanical sensor can measure pulse, blood pressure, and even the impact associated with the footsteps of a small spider.

Before "G-putty" fulfills its potential to become a wearable medical device, it must be shown to be reproducible in large quantities. Additionally, it must be tested to determine long term performance.