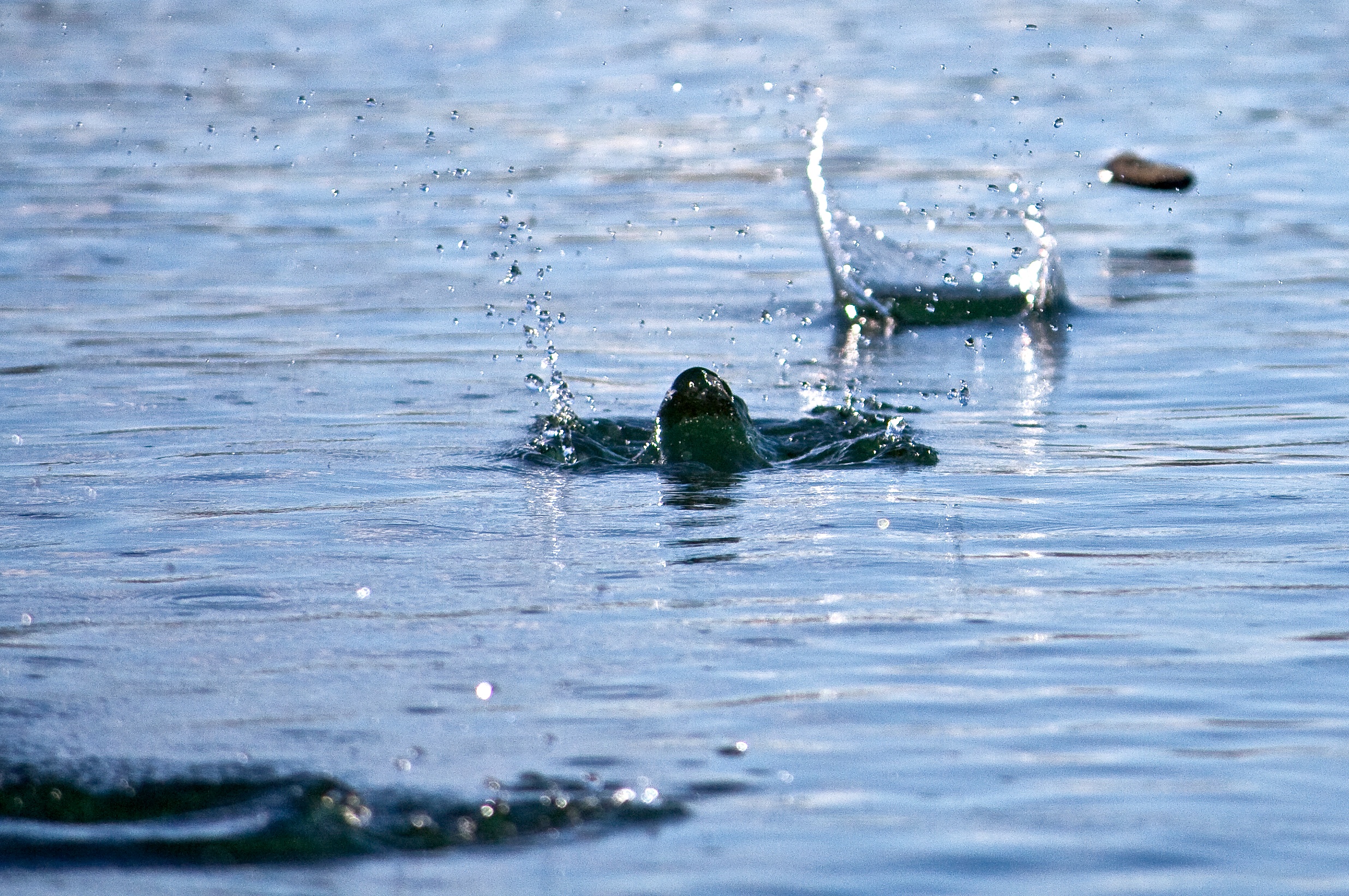 As children, we learn that to skip a stone across a lake or puddle, we need to have a fairly flat stone. We also learn that a ball thrown at a pool, usually at one’s brother, tends to bury itself into the water rather than skipping. The makers of the Waboba (which stands for ‘water bouncing ball’) have made an interesting use of the viscoelastic nature of polymers to cross the line between a thrown ball and a skipping stone. Look at various videos on-line of the Waboba, and you will see that a thrown Waboba will skip across a flat body of water with equal, or some would say, more enthusiasm than a stone. And it is less painful to catch on the other side.

So how does it work? Unlike balls that are rigid and inflexible, the Waboba will deform and flatten when subjected to a compressive force. When a ball is thrown at a shallow angle into the water, it generates a depression in the water as the entrance force ejects water out of the flat layer. If the ball is inflexible, it will present a small surface area to the backside of the depression in the water, causing the ball to penetrate into the water and eventually sink. A flat stone, on the other hand, presents a larger surface area, allowing the stone to plane on the backside of the water depression and fly out of the depression.

The Waboba enters the water as a spherical ball, but then flattens as the compressive forces generated by the kinetic energy of the thrown ball being counteracted by the resistance of the water. The flattened ball then behaves like the flat stone, and planes out of the water depression. The designers of the Waboba needed to work out the proper range of compressive properties. Interestingly, the harder the ball is thrown into the water, the more it should flatten and hence achieve greater planing behavior.

This important research was conducted 5 years ago by Tadd Truscott, a professor at BYU, who clearly recognized the critical need of explaining why, from strict engineering principles, toys are fun. Videos of Dr. Truscott’s work can be found here, with stills from the video shown below.

The stone rides up the back of the depression and flies out.

A rigid ball entering the water, creating a depression.

The smaller surface area pushes the ball deeper into the water.

Waboba entering the water, flattening under the compressive force of the ball hitting the back of the water depression.

The Waboba exiting the water depression and resuming its more spherical shape.