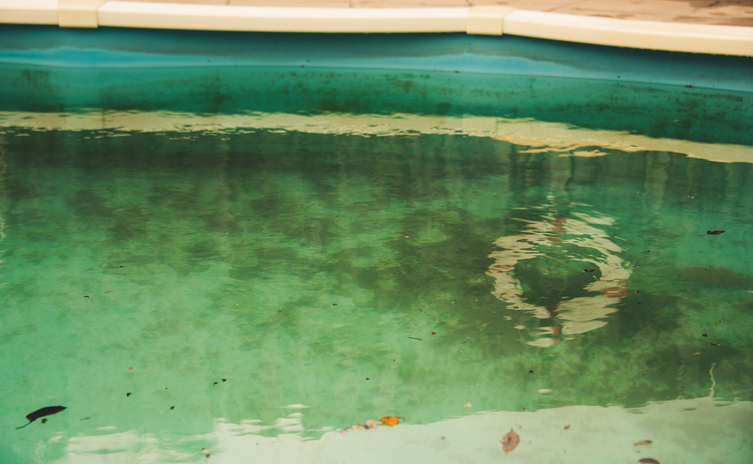 If you watched the 2016 Summer Olympics in Rio, you probably noticed the diving pool turn a mysterious green midway through the games. Athletes have complained that it was difficult to see in the murky water, and some complained of irritated eyes. The director of the Olympic venues at Rio finally indicated that someone had mistakenly added 160 liters of hydrogen peroxide to the pool, which neutralized the chlorine already in the pool. Subsequent algae growth resulted in the green color pictured above.

We were interested in this from a chemistry point of view. Chlorine is often used to disinfect municipal water, killing microorganisms in the water to make it potable. However, the chlorine itself could be unacceptable if the levels are too high. As a result, de-chlorination is often required before reintroduction of the treated water into the public water supply. And de-chlorination is often accomplished by the addition of hydrogen peroxide.

To disinfect water, chlorine gas can be added to water, and is hydrolyzed to form hypochlorous acid (HOCl). The hypochlorous acid can further ionize into hydrogen and a hypochlorite ion. The extent of the ionization depends on the pH of the water.

The hypochlorite is an oxidizer, which will oxidize bacteria, viruses, and fungi, thus killing these microorganisms.  Sodium hypochlorite (NaOCl) is often added directly into swimming pools, and undergoes the same ionization reaction shown above.
If peroxide is (H2O2) added to a chlorine-stabilized pool, it will react rapidly with the hypochloride ion to produce a chlorine ion, oxygen, and water.

So not only will the hydrogen peroxide deplete the hypochlorite ion level in the water, removing its biocidal efficacy, the reaction will also produce oxygen, providing a beneficial environment for growing algae. So although hydrogen peroxide is also a disinfectant, its use with another disinfectant (sodium hypochlorite) effectively cancelled each other out, allowing the algae to grow in the diving pool in Rio.
Others have suggested that the green color is not the result of hydrogen peroxide use in conjunction with a chlorine disinfectant, but rather an excess of copper sulfate, which can impart a green color to water, and is sometimes use as a biocide in swimming pools.  Whether or not the green color is due to precipitated copper or algae growth is to be determined. Algae growth can occur rapidly, often within 48 hours, if there is insufficient biocide present. Similarly, copper sulfate has been implicated in changing the hair color of swimmer to a a greenish hue. In either case, chemistry has played a key role.