Polymer scientists often use polarized light to optically examine features in polymers, such as crystallinity and residual stress, through the phenomenon of birefringence. White light, such as that coming from the sun and incandescent light bulbs, is comprised of multiple wavelengths of light traveling in multiple planes. When white light passes through a polarizer (which is a type of linear optical filter that only permits waves oriented in the same direction of the linear direction of the polarizer to pass through, and blocks all others, as shown in Figure 1), the randomly oriented light becomes plane-polarized in a single optical plane. 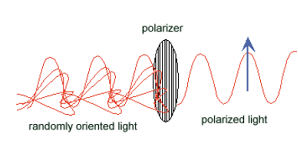 Figure 1: Schematic of randomly oriented white light passing through a polarizer, becoming plane-polarized light with the principle axis indicated by the blue arrow.

A similar phenomenon occurs when white light is reflected off of a flat surface, such as a body of water or a metal or glass surface. You may have experienced this phenomenon when wearing polarized sunglasses while looking at the ocean or your smart phone. In some orientations of the glasses relative to the ocean or phone, the light intensity is greatly diminished (and you may not be able to see the images on your phone) because the polarizer in your glasses is blocking a percentage of the plane-polarized light reflecting off the surface of the object you are looking at. By rotating your head in a clockwise fashion, the light intensity will decrease or increase as angle of the plane-polarized light moves towards or away from 90º from the principle angle of your glasses.  More details on the math associated with light polarization can be found on our birefringence application note.

The use of polarization of light in nature is commonplace. It has been known for decades that insects (bees, ants, beetles) use the atmospheric polarization of light[1] to navigate to and from their home bases.[2] Whereas these insects do not have traditional polarizers, they do have specific arrangements of photoreceptors that maximize the absorption of polarized light. Using polarized light aids in the sky and in reflected light off the ground and off plants, the insects can ably navigate. In most cases, the photoreceptor systems are fixed relative to the animal’s eyes. However, it was recently discovered that the mantis shrimp is able to rotate its eyes independently, effectively adjusting the principle orientation of its ‘polarizer’ to maximize the signal of incoming polarized light (see Figure 2). What do they do with this information? Identify food sources, for one thing. Many of the jelly-fish and multi-cell organisms in the ocean are nearly transparent to the naked eye. However, to a creature tuned into polarized light, these amorphous organisms light up against the dark ocean back ground as the plane polarized sunlight passes through their bodies, making them easy targets for hunting by the shrimp (see Figure 3). 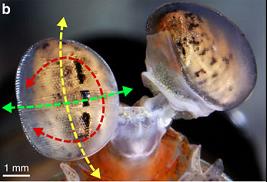 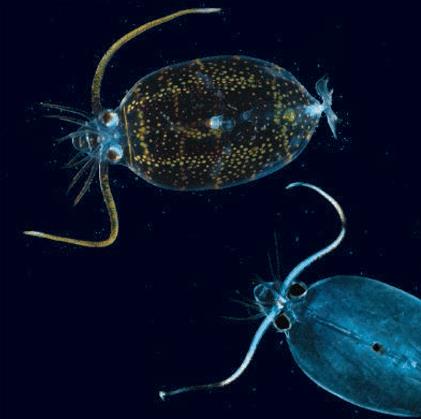 But the shrimp have a secondary use for polarized light, namely communication. Scientists have noticed distinct color patterns on shrimp that are only visible when observed through a polarization filter. As shown in Figure 4, the male shrimp has a distinct red pattern visible when the polarizer is oriented horizontally. The female (on the right) does not have this pattern, suggesting that the pattern may be useful for shrimp courtship. 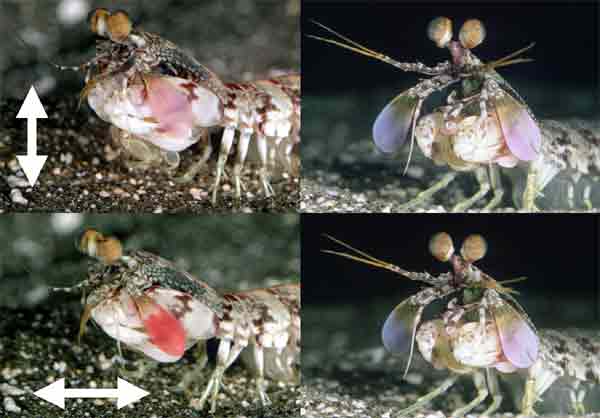 Figure 4: Male (left) and female (right) mantis shrimps, showing a clear difference in polarizing signals (the arrows show the orientation of the camera polarizing filter). This method of communication  may be important for mating.[5]

Let’s hope that shrimp continue to use this optical power for food and mating, so that they don’t push us polymer scientists out of our jobs. 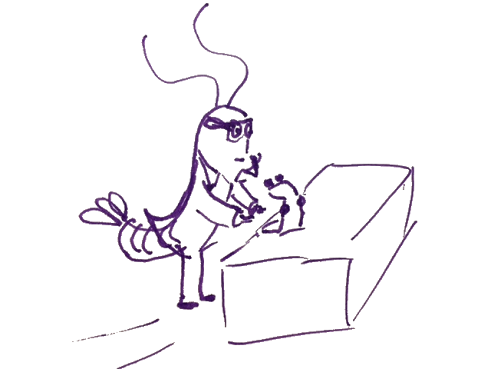 [1] The unpolarized light from the sun is scattered by water molecules, gas molecules, and particles in our atmosphere, resulting in localized polarization in regions of the sky.