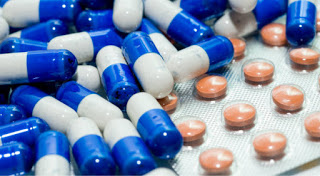 Residual solvents can sometimes be found in pharmaceuticals after processing. These solvents are sometimes used during manufacturing to synthesize, purify or blend the active pharmaceutical ingredient (API) with excipients, or may be used elsewhere in the manufacturing process, from  solvents to clean equipment or solvents used in the packaging process. Often, these solvents can be hazardous if present in levels above a critical threshold. USP provides three levels of solvent classes based on their potential risk. Class 1 describes solvents to be avoided, which includes known and suspected carcinogens (examples include benzene and 1,2 dichloroethane). Class 2 describes solvents to be limited in their use, and includes nongenotoxic animal carcinogens and other significant but reversible toxicities (examples include chloroform, toluene, ethylene glycol) . Class 3 describes solvents with low toxic potential (examples include acetone, isopropyl alcohol, ethyl acetate).   USP provides permitted daily exposure (PDE) thresholds for the individual solvents in each class.  Other residual solvents, for which no adequate toxicological data is available, are also discussed.

Analysis of pharmaceutical compounds for residual solvents is normally performed by gas chromatography with mass spectroscopy coupled to either a flame ionization detector or a mass spectrometer, often with a head-space system used for sample introduction. This analysis requires the optimization of test conditions to ensure adequate separation of the various compounds in the chromatography column. Limits of detection and quantification, along with linearity, precision, and percent recovery are then determined for the specific solvent and matrix. Depending on the solvent and matrix, limits of detection can be as low as several parts per billion.