The increasing interest in material deformulation analysis and quantification of trace compounds in materials has led to the development of coupled analytical techniques. One of these techniques is TGA-FTIR, which combines the mass sensitivity of thermogravimetric analysis (TGA) with the compound identification ability of Fourier transform infrared spectroscopy (FTIR). In TGA-FTIR, the sample is placed in a conventional TGA, and the mass loss is monitored as a function of temperature. As materials evaporate or are combusted, the mass of the sample will change accordingly and is monitored quantitatively by the TGA. A gas transfer line connects the TGA to the FTIR, which reports the chemical signature of the volatile components as they leave the TGA. In this manner, the identity of the volatile species can often be determined, in addition to their concentration based on the TGA mass change. 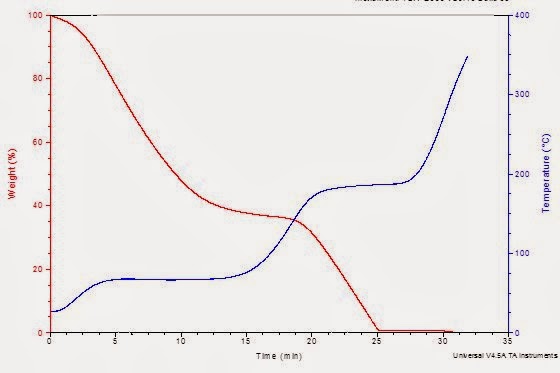 The FTIR spectrum as a function of time is shown below (the lower curve is the Gram Schmidt signal, showing overall absorption intensity). The slice taken at 5.8 minutes shown as Extraction 1 in the upper absorption spectra indicates that the material coming out of the TGA at this time point is indeed water. 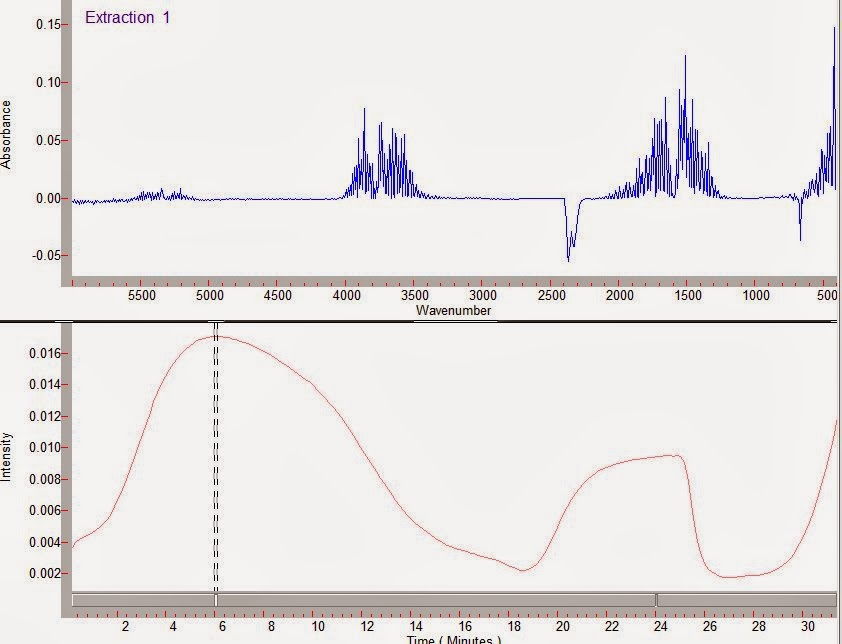 The slice taken around 24 minutes below shows that the spectrum is glycerol, matching the TGA results. 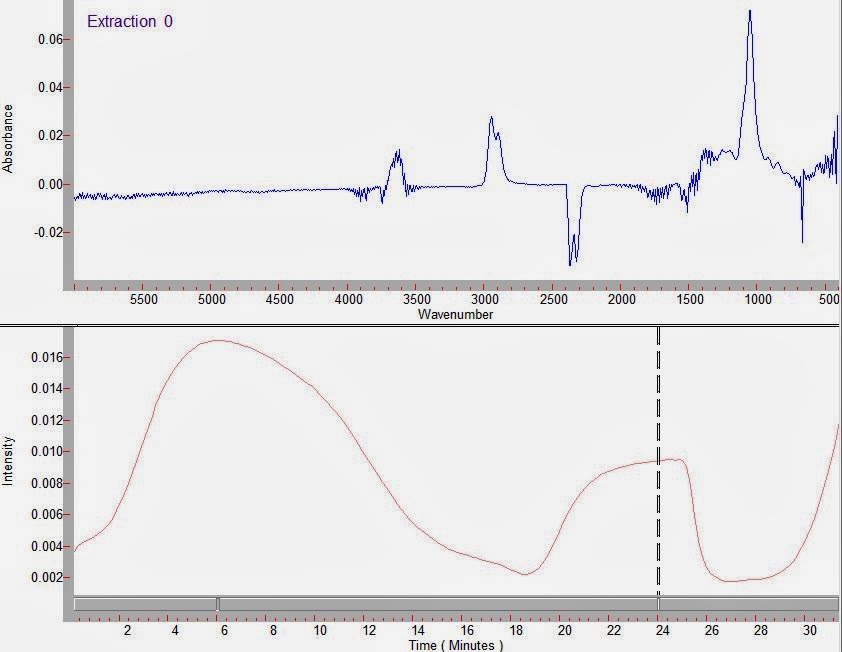 For an unknown material, this technique would allow quantification and identification, which would be useful for polymer additives such as antioxidants, organic colorants, and stabilizers. Contact us for more information about this procedure.