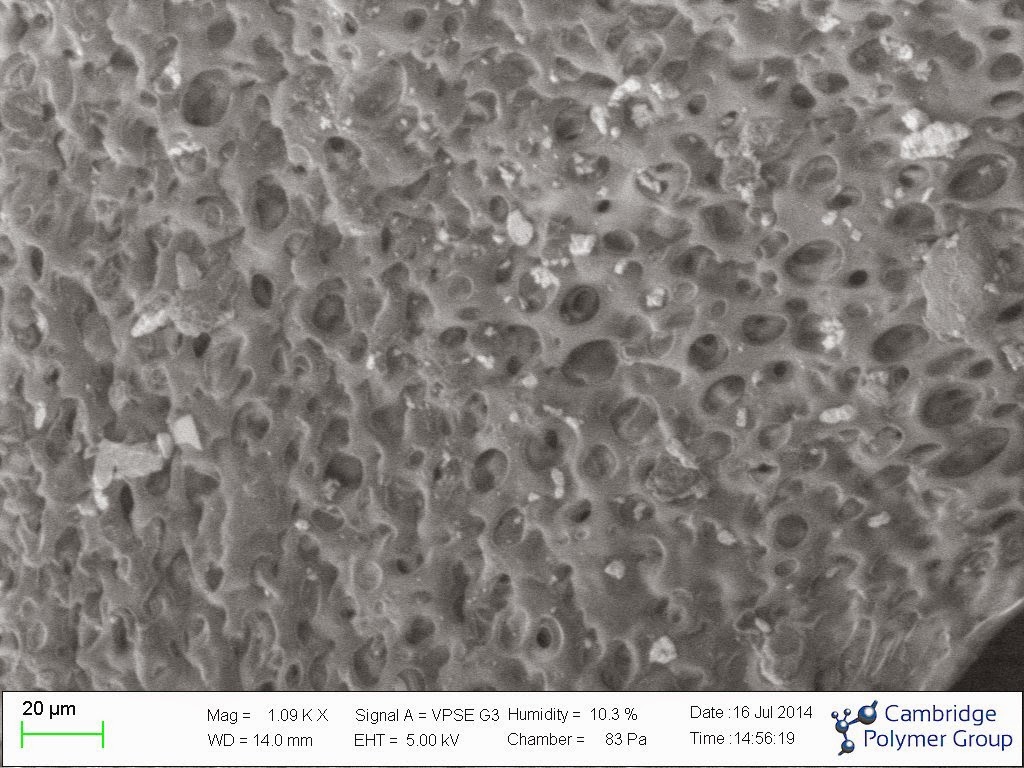 
As an alternative method, variable pressure SEM, which is also sometimes called environmental SEM, can be used.  Here a controlled amount of gas, which can be inert, such as nitrogen, or contain water vapor, is maintained in the sample chamber, while an aperture inhibits the flow of this gas into the gun chamber. The gas in the chamber is ionized by the incoming source electrons, and hence will neutralize charge buildup on the sample, negating the need for gold coating. Additionally, the increased gas pressure slows the evaporation of liquids, allowing the visualization of water-containing samples in a hydrated state, all be it at a reduced resolution.

CPG recently acquired a variable pressure scanning electron microscope (SEM). This system is useful for failure analysis of components, in that the imaging is non-destructive. Additionally, the CPG system has a cold stage, which allows the control of relative humidity and temperature in the chamber, which is useful for imaging water-containing samples such as tissue and hydrogels.  The system acquired also has a large capacity chamber enabling in most cases visualization on entire devices and components.


More information can be found here.