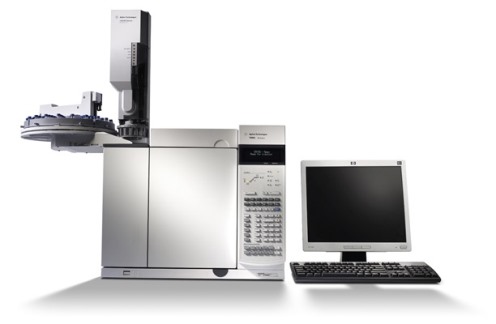 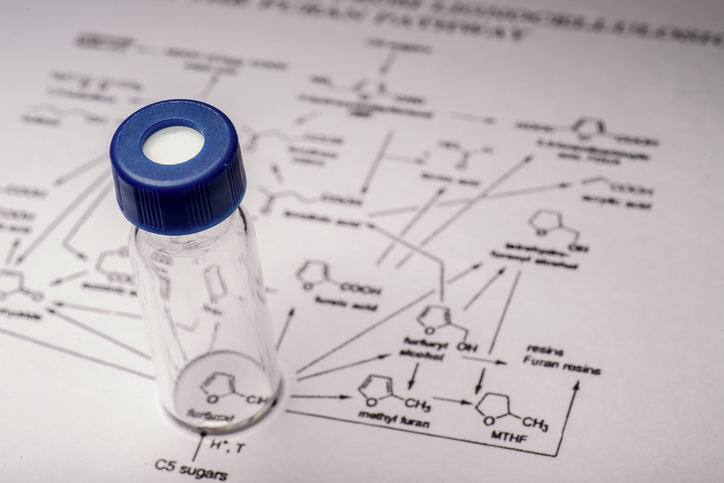 Gas Chromatography is an analytical technique in which a complex mixture of compounds is injected onto a column and is separated based on their relative boiling point and affinity for a chromatographic column. Compounds analyzed are generally volatile or semi-volatile in nature and have boiling points of less than 300 °C and molecular weights of less than 500 g/mol. Samples may be solid, liquid, or gaseous in nature. After separation the compounds may be detected by a variety of detectors. Several types of gas chromatography are used by Cambridge Polymer Group, including GC-MS, HS-GC-MS, and GC-FID.

When gas chromatography is coupled to mass spectrometry, the resulting technique is referred to as GC-MS. After complex mixtures are separated on the GC column, they are detected by mass spectrometry, which generates a characteristic mass spectrum for each compound which may be used as a “fingerprint” for identification purposes. Measured mass spectra may be screened against a NIST mass spectral libraries for identification. In addition, the characteristic fragmentation pattern for each compound allows for a highly specific and sensitive method to be developed for quantitation of a compound in a complex matrix.

When gas chromatography is coupled to a flame ionization detector, the resulting technique is referred to as GC-FID. After complex mixtures are separated on the GC column, they are detected by a flame ionization detector, which generates an electrical response that is proportional to the concentration of carbon atoms passing through the flame. This technique is especially rugged and well suited for routine quantitation methods which demand a linear instrument response across several orders of magnitude.

While GC-MS and GC-FID typically introduce samples via direct liquid injection, an alternate way samples may be introduced is by heating the sample (solid or liquid form) in a sealed vial and transferring the headspace gas onto the GC column for separation. This sampling technique is referred to as headspace sampling, and when coupled to  GC-MS  the resulting technique is known as HS-GC-MS. This approach is well suited to complex matrices and solid samples, as well as for isolating especially volatile compounds from their matrix. This technique is commonly used for residual solvent analysis (e.g. by USP <467> ), and odor analysis.

Samples may be analyzed as solids, liquids, or gases, and such samples may be prepared in a wide variety of ways depending on the goal of the analysis. Solid or liquid samples are commonly dissolved in an appropriate solvent and to an appropriate concentration prior to analysis. In many cases gas samples may be injected directly. Samples may require derivatization to improve volatility or increase retention on the GC column. Other samples may require an extraction step to remove the analyte of interest from the sample matrix. Complex biological samples often require workup to remove proteins and phospholipids prior to analysis by GC.

Typically the amount of material introduced into the GC system is very low, on the order of microliters. However, depending on the specific goal of the analysis, up to a few grams of material may be requested for performing the analysis. Contact a CPG scientist to discuss your needs in more detail.