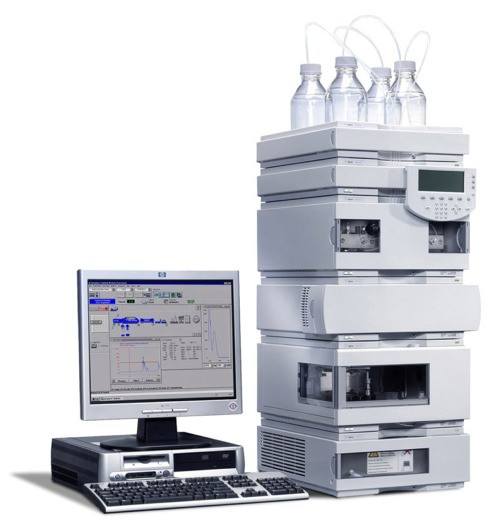 High Performance Liquid Chromatography (HPLC) is an analytical technique in which a sample (often a mixture of organic compounds) is dissolved in a solvent and is then injected onto a chromatographic column. The relative affinity between the sample constituents and the stationary phase of the column results in separation of the sample components which may then be detected by a variety of detectors and quantified by comparison of the individual peak intensities against a reference standard calibration curve.

Simple in principle, a wide range of variables may be tuned to optimize the chromatographic separation. Broadly speaking, HPLC separation can be broken down into:

And within each method, many variables may be tuned to significantly influence sensitivity and chromatographic resolution—variables such as the mobile phase (as well as gradients between mobile phases), the column stationary phase, detection mode/parameters, and injection condition. Often the greatest challenge is the development of suitable sample preparation technique for removing potential interferences from the sample matrix and dissolving the compounds of interest in an appropriate mobile phase.

After separation compounds will be detected by various detectors, which may include a diode array detector (DAD, essentially a UV-VIS spectrophotometer, allowing for measurement of wavelength dependent absorbance),  an evaporative light scattering detector (ELSD, sensitive to nearly all compounds less volatile than the mobile phase), a conductivity detector (commonly used in ion chromatography), or a fluorescence detector.

A specific variant of HPLC is LC-MS in which a mass spectrometer is coupled to the HPLC system, leveraging the chromatographic separation to obtain specific mass spectra for individual compounds, allowing for molecular weight analysis, structural analysis, and ppb quantitation in complex sample matrices.

When screening for unknown, HPLC is often run as a comparison to its sister method GC-MS. In contrast, HPLC is best suited for characterization of semi-volatile and non-volatile organic compounds with higher molecular weights and boiling points than are typically appropriate for GC-MS.

HPLC may be applied to a very broad range of applications, including: