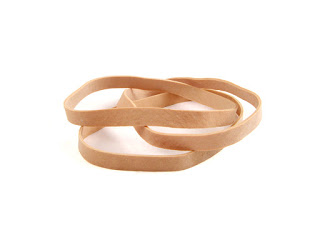 This effect has been termed the elastocaloric effect, and is being investigated as a means of providing cooling as an alternative to the typical vapor compression cycle used in most refrigerator and air conditioner units. This change in molecular level ordering can be accomplished through mechanical means, magnetic means, or electrical means (the latter two termed magnetocaloric or electrocaloric cooling). A key technological challenge is identifying materials that can handle the millions of cycles of fatigue behavior without change.

The Department of Energy is exploring these alternative technologies as part of their interest in greener building technologies.  The key metric for success is an improved coefficient of performance (COP) of the new technologies (ratio of the delivered cooling energy to the total input wattage of the device) vs. existing vapor compression cycles, which are around 3-4.