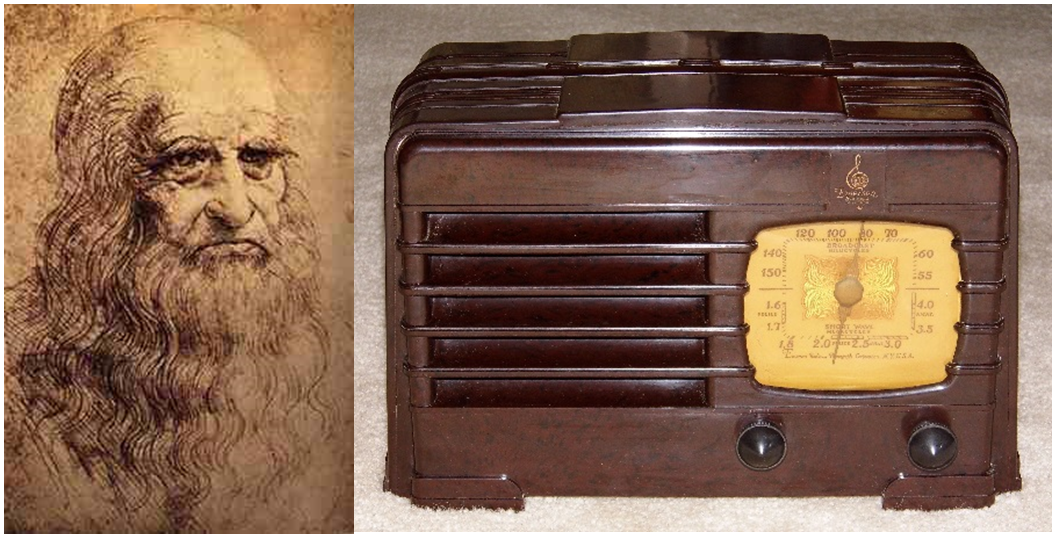 Following our previous blog on the potential first report of a plastic in Capri around 30 A.D., the recent publication of Walter Issacson's biography of Leonardo Da Vinci prompted us to query whether this prolific inventor and student of materials dabbled in plastic technology. We, of course, were not the first to think of this, and there is some evidence that Da Vinci did plastically dabble.

As originally reported by the Discovery Channel, the director of the Museo Ideale in the Tuscan town of Vinci, Da Vinci’s birthplace, believes that Leonardo’s copious notes in his Codices contain recipes for synthetic materials. Allessandro Vezzosi, the director and Da Vinci scholar, found experiments in Da Vinci’s notes where he combined glues derived from animal and vegetable sources with organic fibers, and coated these mixtures onto animal organs and the leaves of cabbages or lettuces.

When Vezzosi repeated these experiments, the hardened layer was removable from the vegetable matter or organ tissue, and resembled BakeLite, a phenol-formaldehyde based thermoset developed in the early 1900s and considered to be one of the first widespread synthetic plastics. Da Vinci’s notes further describe incorporating pigments into his mixtures, perhaps making one of the first master-batch compounded resins. Vezzosi suggested that the resulting materials were tough enough to resist breakage when dropped on the floor, and could have been used to make vases, cups, and knife handles, all items that incorporate modern plastics.

Sadly, none of Da Vinci’s plastic cups or utensils survive today, if indeed they were ever created. In addition to the historical significance, they would have presented a wonderful opportunity for a long-term shelf-aging study. Similarly, given Da Vinci’s interest in the human anatomy, one speculates what would have happened if Da Vinci had tried his hand at an artificial knee using his resin.