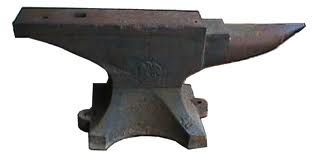 Density, or the ratio of the mass of an object to its volume, is a commonly reported material parameter. Density is influenced by the chemical composition of the material, crystallinity, and porosity. The chemical composition depends on the elements that make up the material. Plastics are normally composed of hydrocarbons (carbon and hydrogen), which have lower atomic masses and tend to have densities less than 1 g/ml. Metals, which have higher atomic masses, tend to have densities in excess of 1 g/ml. Water at room temperature has a density around 1 g/ml, which is why plastics tend to float, and metals tend to sink in water.

There are two common methods of measuring the density of solid materials. The first involves a density column, which is a tall cylinder containing a mixture of fluids, often alcohol and water, that establishes a gradient in density, with the most dense fluid at the bottom, and smoothly decreases in density as one moves up the column. Floats of known density are placed in the column, where they settle at a height in the column where the surrounding fluid is equal to their density. An unknown piece of a sample is then placed in the column, where it will descend until it reaches a point in the column where its density matches the column density. By interpolating its position relative to the calibration floats, the density of the sample can be determined. This method is described in ASTM D1505.

In the second method, an analytical balance is required. A piece of an unknown sample is weighed, providing its mass. The sample is then immersed in a fluid of known density, such as water or alcohol, where its mass is counteracted by buoyancy forces (see How to Measure Volume), allowing one to measure the volume. The density is then calculated from the ratio of mass to volume. This method is described in ASTM D792.